It was 1995 and we headed off to Rising Star 4. This time there would be 3 Star Trek guests….Spice Williams, who I met at Rising Star 1, and two new ones. 1 of whom it would turn out was lovely, whilst the other not so nice!

Patti was known at the time for being one of those actors that appeared in all the popular shows at the time. She had appeared on TJ Hooker, but most recently as Nurse Alyssa Ogawa on Star Trek: The Next Generation. She was pretty new to the convention circuit, quite quiet to begin with but once she found her con feet she was much better. I spent some time with her at her table being a guest assistant, helping her set up for autograph sessions etc. A genuinely lovely lady but hard work when it came to talking to her. She came back once or twice through the years and was lucky enough to reprise her role in two of the TNG movies.

What a let down. Never have I met such a rude person! She seemed fine to begin with (which is when I got the photo) but after a while she was more concerned about telling people what was wrong with them rather than signing autographs and talking about her work. Some of the comments she made to people concerned their height/weight/what they were drinking/wearing and just generally unpleasant comments.

Not a nice person at all in my opinion! 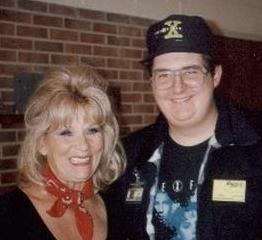 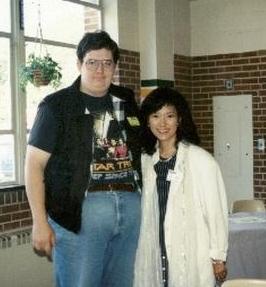