It was off to Leicester to celebrate 49 years until Earth makes First Contact with Vulcan (as seen in Star Trek: First Contact, Zefram Cochrane makes first contact in Bozeman, Montana, with the crew of Vulcan survey ship T’Plana Hath.)

It was an event run by the fine people of the USS Equulus. It was aimed at fan clubs and other groups. I also managed to catch up with my old friend, David Limburg, who I have known since the late 80s.

We spent time in the main hall, interacting with other groups and looking at dealers.

A discount for entry into the National Space Centre was available and we took full advantage of it.

In the afternoon we set the Guinness World Record for the most “Red Shirts” in one place.

After that it was back to hotels for drinks and merriment! 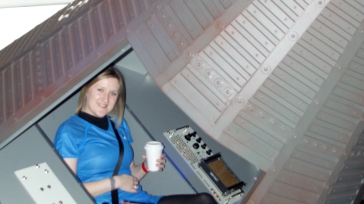 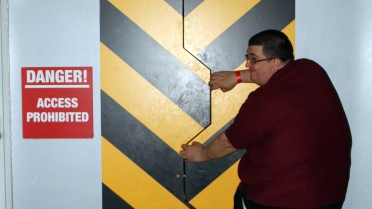 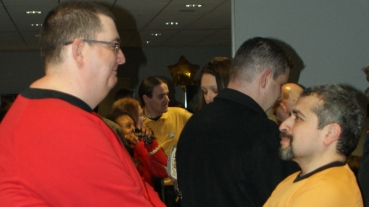 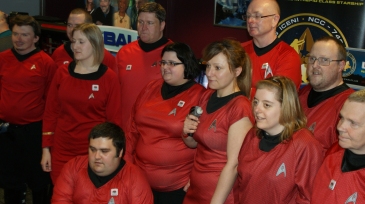 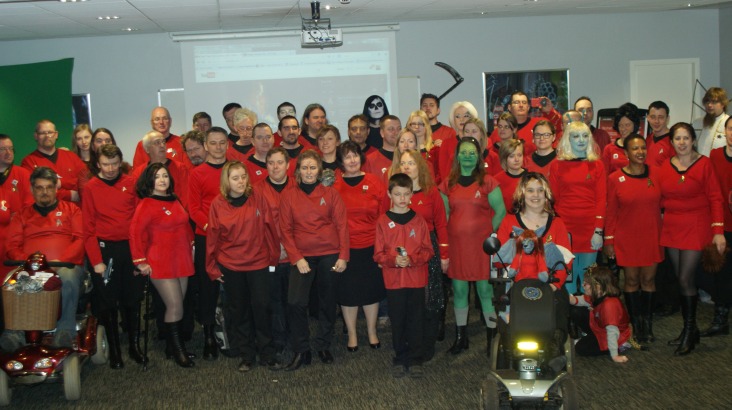