After the success of 1.0, fans asked for an event nearer to Christmas. It didn’t have to have guests, it was just a way of getting everyone together for a party. It also happens that David, one of the bosses at FCD would be celebrating a big birthday around the same time so it was decided to combine the two and so Out Of The Ashes 1.5 The Monster’s Ball was born!

Two guests were invited. John Carrigan who had appeared at 1.0 and Rainbow Sun Francks from Stargate Atlantis. Both guests were amazing and took part in every aspect of the event, from the Friday night’s games, bingo and quizzes through to talks during the Saturday event and then finishing up by joining in the festivities of the Saturday party.

The Saturday event took place in The Langton Suite of The Hilton Leicester. The were a number of dealers stall and about 60ish people in attendance and Steven Cockings from Trekyards was also there with an amazing collection of screen used Stargate props. The were a number of talks by various people, including John and Rainbow. The event ended at around 4.30pm.

The theme for the Saturday party was Monsters (as Halloween had just past). There were around 70 people at the party and great fun was had by all. David and Wil did a live stream from the event announcing the guest lineup for 2.0 in March next year with more guests yet to be announced! 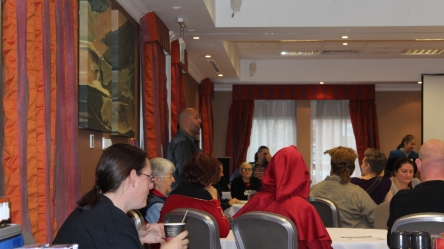 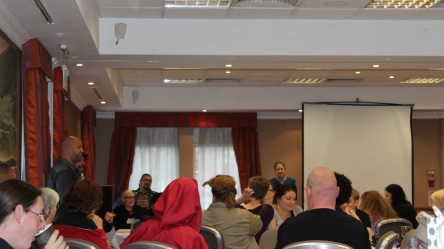 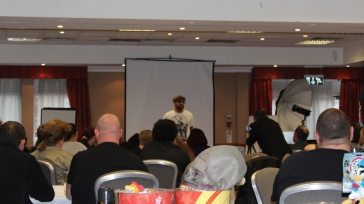 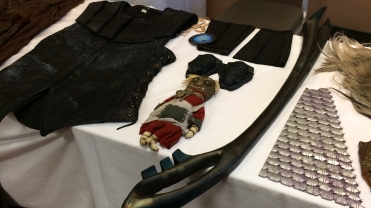 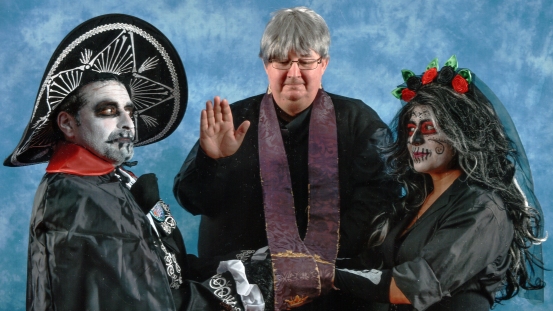