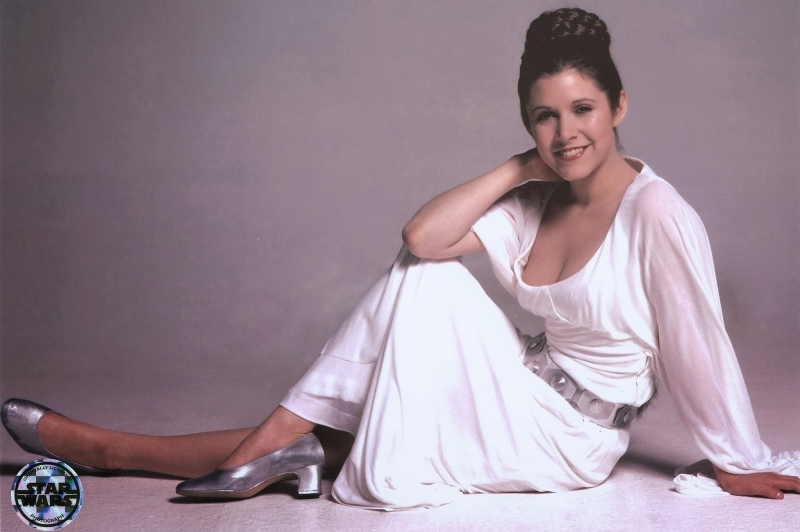 The news of Carrie Fisher’s death has hurt a lot. The last time I was this upset about a celebrity was Leonard Nimoy.

Like Grandpa Leonard, Carrie played one of the most iconic characters in arguably the biggest sci-fi film franchise ever. Again, like Spock, Leia was one of my favourite characters.

I’ve always been drawn to two types of character. The odd/out-of-place/alien character (Spock) and strong female characters such as Leia (Uhura, Ripley, Sam Carter etc) and I think this is because I have always felt that good female characters have been, until recently few and far between.

Having spent a big part of my life surrounded by strong female characters (cue sarcastic comment from workmate) it seemed natural that I follow them with interest. Yes, they are on the whole also very good looking but it is deeper than that. The characters have been very well written and very well portrayed by the actresses that played them.

What makes it more real is when you meet these people in real life. You are able to engage with them on social media etc.

Occasionally you meet an actor or actress and you wish you hadn’t but on the whole it is a wonderful experience. It makes you love them and the characters even more.

If you were to take a time machine back 39 years and visit my bedroom in Whistler Tower in Chelsea you would find lots of Star Wars memorabilia (among other things like Trek etc.) but at that time my pride and joy was my Princess Leia poster (above). She was my first big idol/crush whatever you want to call it. This 5 year old was besotted (I’m sure my dad will verify!). I always wanted to meet her at some point.

I missed her a few times at conventions but finally got the chance, however brief, to do so. She was incredibly funny, quick-witted and genuinely warm with all her fans. There was nothing fake about her. Just like you see her on TV/Twitter she is open about who and what she is and there is no nonsense. She gave out freebie autographs to kids (which pissed off certain con-organisers to no end) and made sure everyone had a memory to take away with them and cherish.

It was great to see her again in The Force Awakens and I look forward to seeing her again as Leia in Episode VIII.

She will always be royalty to me ….both Hollywood and Star Wars.

My thoughts go out to her daughter Billie, her mum Debbie and all of her friends, family and fans around the world.

So long Princess. May the Force be with you….