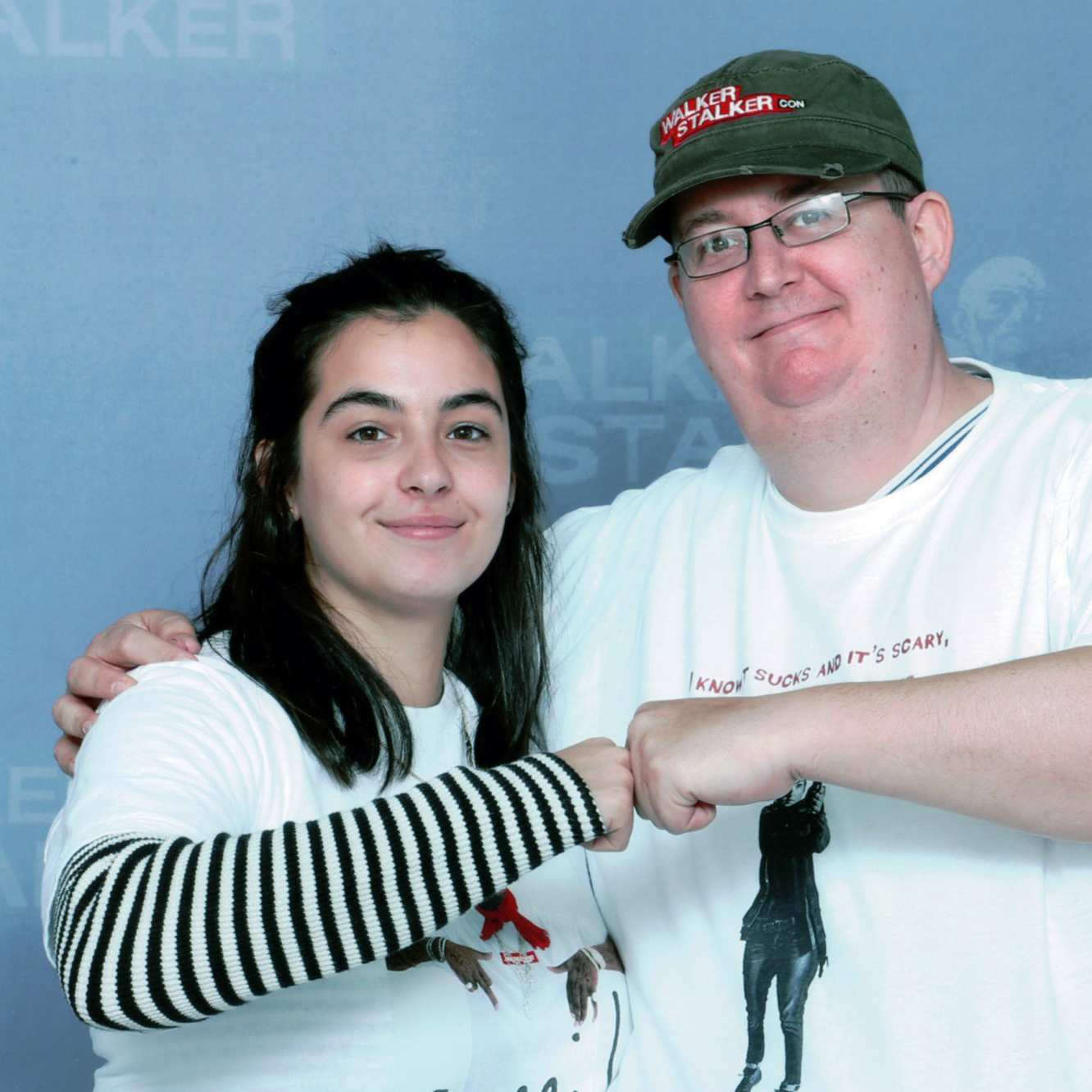 This year’s event was announced shortly after last years event ended. I purchased a General Admission ticket and got another free which I gave to my mate Mags.

The prices have gone up for autos and photos. They were already high and last year I bought the excuse. Not this time. Will have to watch carefully. The event on the whole was ok. There was enough space but line organisation and management was haphazard at best. The volunteers were awesome. The paid staff were quite arrogant and shouty.No need  for that!

If it wasn’t for the guests, this event would have been a write-off. Talking of guests….

I met loads of amazing guests, including the lovely Alanna Masterson (Tara, who I have met a few times and she remembered me) who gave me a little birthday present (pictured below), Seth Gilliam (Fr Gabriel), Scott Wilson (Hershel), Jeffrey Dean Morgan (Negan), Katelyn Nacon (Enid), Lennis James (Morgan) and Nestor Carbonell (Richard in LOST).

None of the guests were rushing and you got to have a good chat with them. I chatted with Seth about being a tourist in London and his upcoming Poland trip. Scott and I spoke about the short-lived show, Damien and how it deserved a longer run. I spoke with Nestor about the LOST finale and Richard’s story arc. Finally I spoke with Alanna about lots of things including my Tara T-Shirt I had made and our previous day’s photo-op.

I wanted a different pose with Jeffrey Dean Morgan for his photo-op. I figured that most people would go for the Lucille bat type pose. I came up with the idea of buying a poo emoji cushion and dressing it up as Negan. I labelled it Negan’s Shit. I drew a fair bit of attention during the event and JDM loved it during photoshoot.  He said “I love that cute pile of shit!”. Amazing! 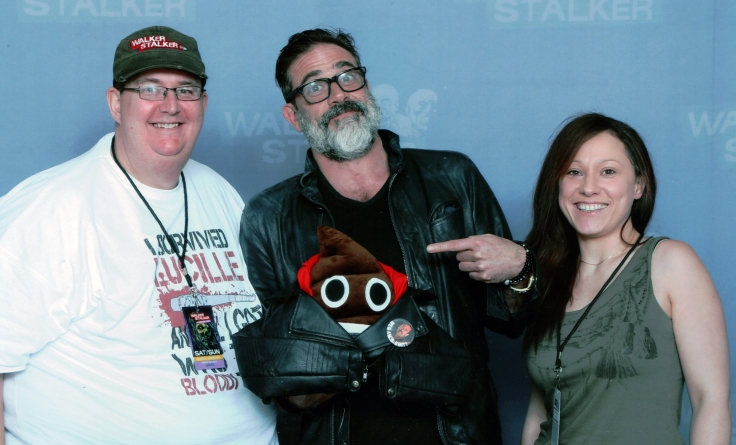 There were amazing cosplayers as usual and some great panels too. Panel highlights include Katelyn Nacon’s singing interlude. She has an awesome voice! The Tara/Rosita/Eugene/Abraham reunion was also very good.

Having thoughts about this con organiser, I really am…. 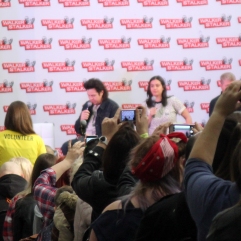 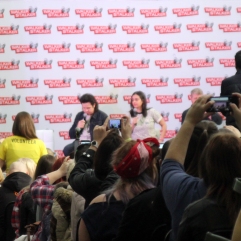 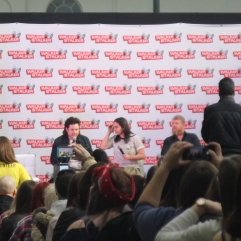 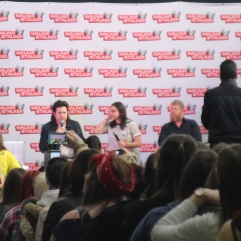 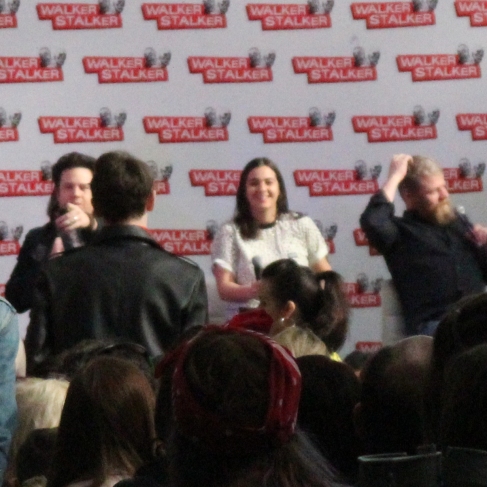 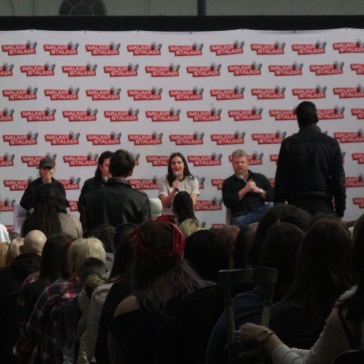 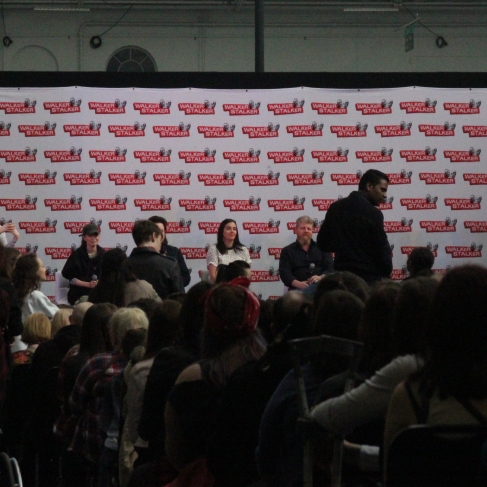 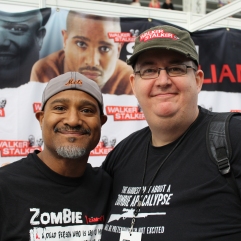 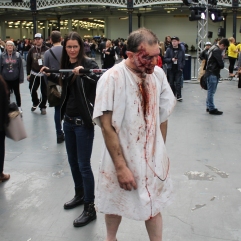 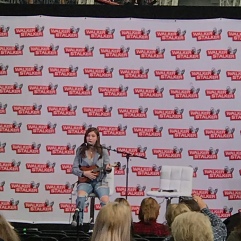 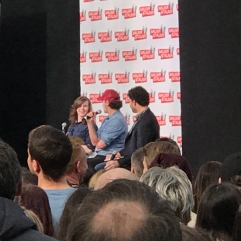 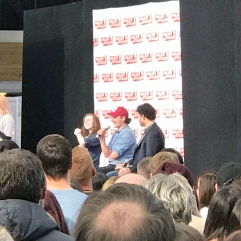 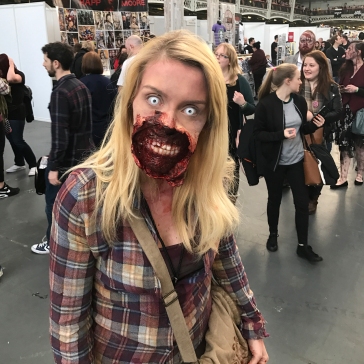 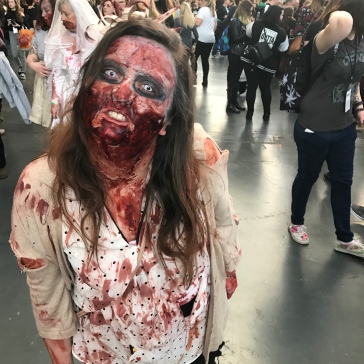 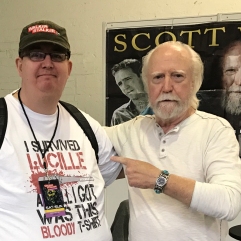 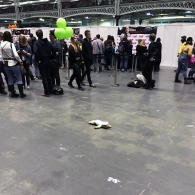 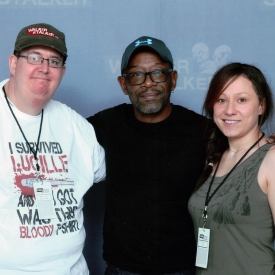 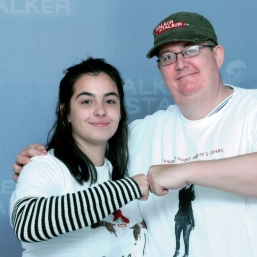 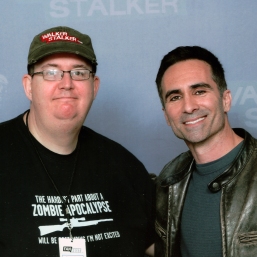