I honestly don’t know where to begin!

Once again I was part of the team behind the organisation and running of the event. As one of the management team, my role was to be responsible for the dealers, talks and main rooms alongside one other manager (Fudge). I arrived at the venue at around 1pm on Friday and made my way to the venue (The International Centre, Telford) to help with setup. The bulk of the work was being done by TIC staff so it was down to us to set up our own areas. The dealers were in setting up their tables. The chairs and sound system were all set up in the talk area. This just left the main event room. The guest tables were ready thanks to Karen, the charity tables were almost ready which meant it just left the props and the Carrie Fisher memorial to do.

Kevin Chapman arrived with his Tardis and TOS Captain Kirk chair and began setting them up with the help from our guys. Phil Cocking was setting up his Battlestar Galactica rag-tag, fugitive fleet whilst Steven Cockings (no relation I think!) was setting up his Stargate props display. Our Cylon Raider was already in place so all we needed were the two TV police cars courtesy of Stephen and Mark. They would arrive just before the opening ceremony at around 6pm.

Adam had finished setting up the photo area upstairs, the Blue room (staff chill out area) and the Green room for the guests was also finished. Alison and her team were busy organising reception. I began work on putting together the Carrie Fisher memorial. Adam came to help and we got it finished at around 4.45pm.

We then headed back to our hotel to freshen up before the evening’s events.

The team made their way back to TIC ready for the opening ceremony. At about 7.30pm we began letting people in to collect their passes and take their seats. The ceremony began shortly after 8pm with our host, Neil leading the way. Our guests for the weekend were John Carrigan (Star Trek), Aron Eisenberg and JG Hertzler (Star Trek: Deep Space 9), Robert Picardo (Star Trek: Voyager), Rainbow Sun Francks (Stargate: Atlantis), David Blue (Stargate Universe), Claudia Christian and Bruce Boxleitner (Babylon 5). Once the welcoming speeches were out of the way we all moved upstairs for the buffet, followed by the group guest photoshoots. The first day came to an end at around 11.30pm. Luckily, The Holiday Inn was only a two-minute walk away.

The next day began bright and early. After a good breakfast I arrived at the TIC at 8.15am. We made sure that everything was ready and, after a short team briefing by Wil, we opened the doors!

Over the course of the day we had guest talks (both single and groups), a quiz (I won!!), autograph signings and photo shoots with the guests plus a dealers room and variety of props to look at and play with. In the afternoon, Claudia held an auction with all the proceeds going to The C3 Foundation.

Doors closed at 6pm and after making sure that everything was ready for the next day we went back to our hotel to get ready for the evening.

Saturday night was party night and the theme was Icons! There were so many people who were dressed up as iconic characters, but I was too knackered and wanted to wear my Princess Leia shirt as a way of honouring Carrie Fisher. John Carrigan gave a short talk about mental health and then the party got going. It ended about 1am but I gave up at about 11.30pm. I wanted to be as fresh as possible for the next day.

Sunday was pretty much a repeat of Saturday although the talks were a bit different. Sundays are always quieter at cons but it was still nice and chilled. We had a charity auction at 4pm to raise money for our charities (MIND, Macmillan, Help for Heroes) but I left to go and begin breaking down the main room.

Once everything was done the event closed. There was only one final thing to do: The crew after party. Luckily this took place at our hotel so there wasn’t far to go. The team, guests and attendees with Phoenix Plus or Jeff passes were also there. Wil and David gave a ‘short’ (50 minutes!!) speech and then things got going. I spent some time chatting with Aron and his girlfriend Malissa, plus Bruce’s wife Verena who was lovely.

All in all it was an absolutely awesome weekend. The team worked their butt’s off and the guests were amazing. The attendees were equally as awesome and friendly with a great amount and variety of costumes on display. Our aim is to bring back the family-friendly cons of the past where you could chill out and relax with the guests and I think we can safely say we managed that!

I really hope Wil and David do another event in 2019 and hopefully I’m still a part of the team! 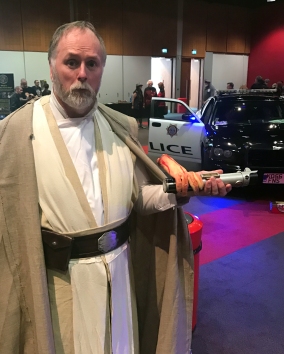 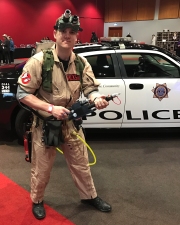 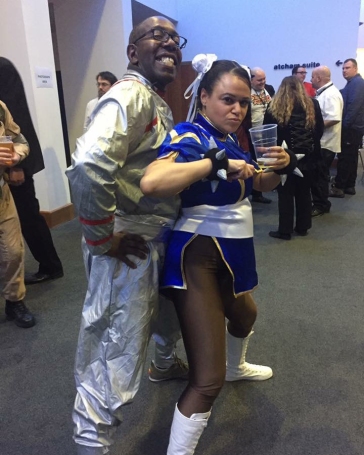 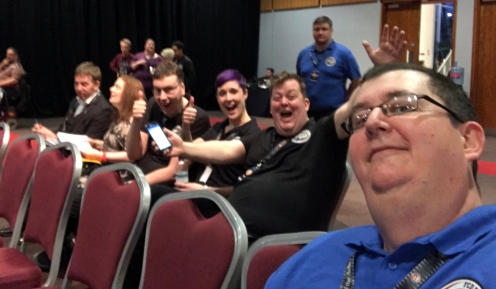 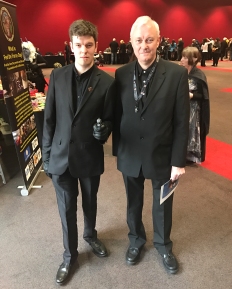 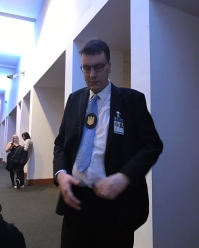 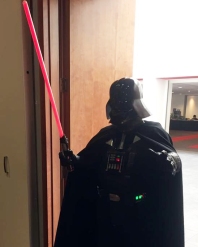 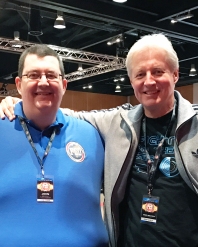 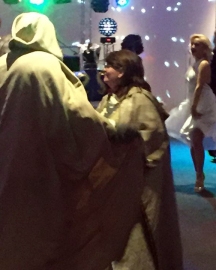 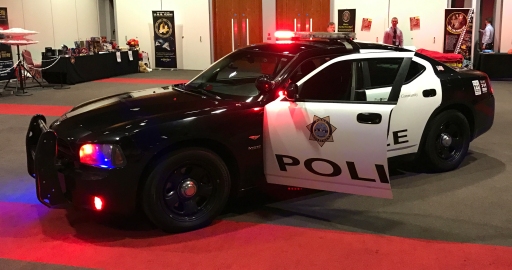 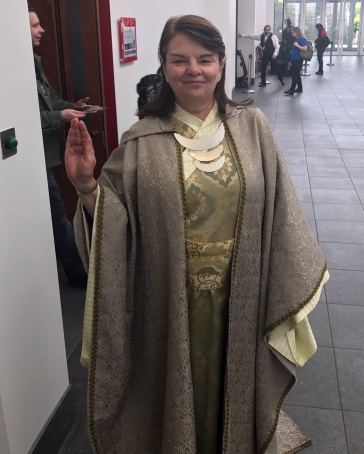 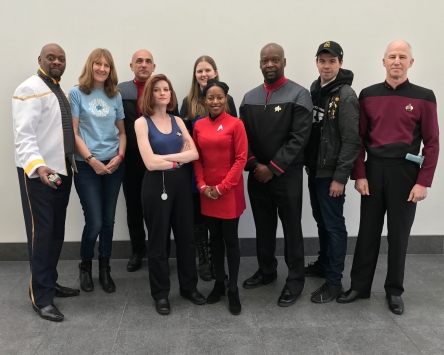 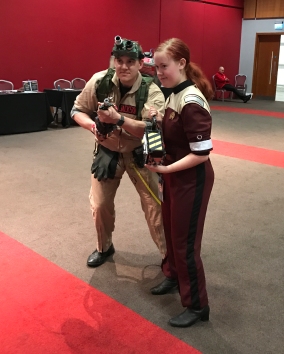 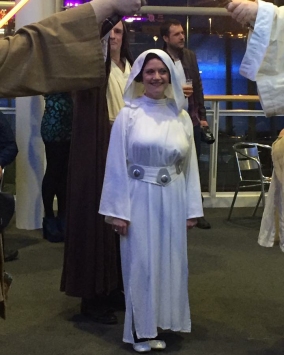 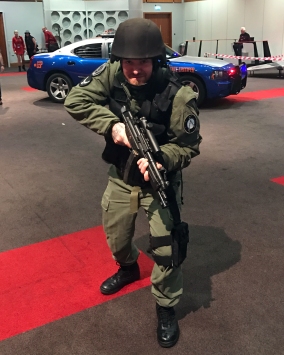 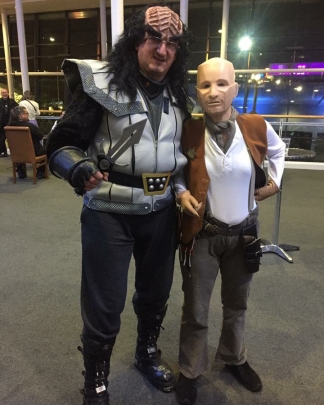 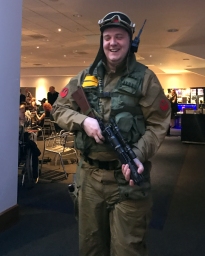 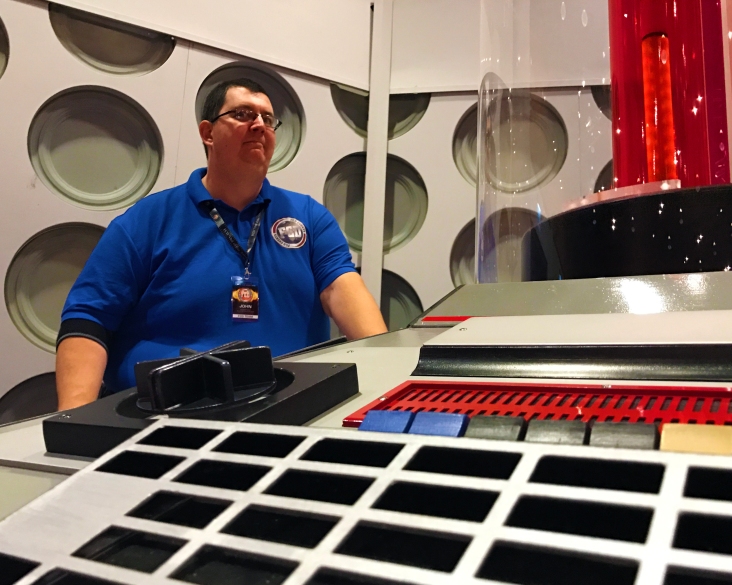