SPOILER FREE REVIEW-I do mention some things seen in the trailers but that is it!

I’ve thought about adding Film Reviews to my site for a while now so why not start with my most recent viewing.

Warner Bros. have struggled to bring the DC Cinematic Universe to successful fruition over the past few years. Man of Steel was ok at best. Batman Vs Superman was, to be honest, awful. Ben Affleck was not bad as Batman, Lex Luthor was doing great up until the last quarter of the film and then went terribly wrong. Wonder Woman’s brief appearance helped immensely. Don’t get me started on Suicide Squad- let me just say Harley Quinn saved that movie from be totally rubbish. Jared Leto as the Joker? No thanks. I preferred the Lego Batman version!

I was hoping that Wonder Woman might reverse the trend and start being on-par with Marvel’s best.

Gal Gadot, a former Miss Universe and Israeli Army soldier was cast in the role and made a brief appearance in Batman Vs Superman. She is also slated to continue the role in the first Justice League movie. 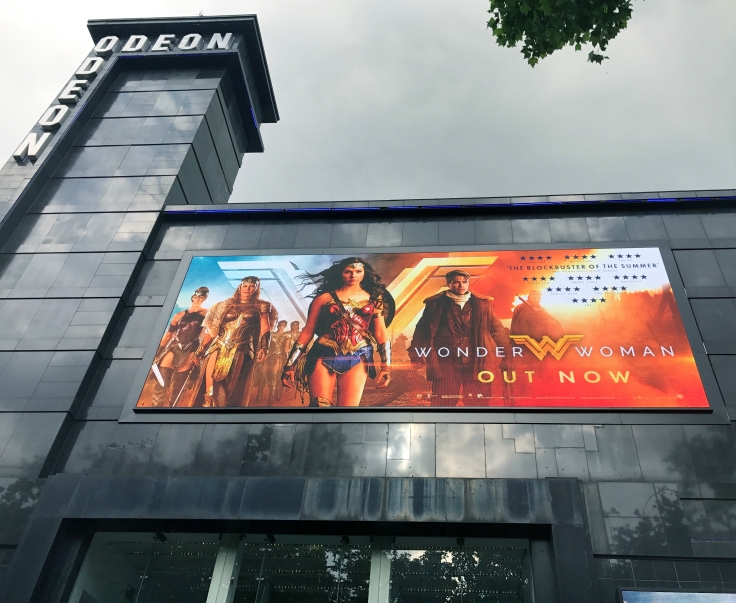 The film had its UK premiere on 31st May 2017. It was supposed to be a star-studded, red carpet event, but the Manchester Bombings the week before caused WB to cancel the event and downgrade it to a charity gala with some (very) minor celebrities and contest winners. They had a good display of costumes from the film inside the cinema, but they would be gone by the time I went in for the midnight screening.

The film begins on the island paradise of Themyscira, which is hidden from the outside world, stuck in time. We meet a young Diana, headstrong and adventurous, who receives training in various forms of combat from Antiope (Robin Wight). There are no men on the island and all of the women are warriors! We see Diana as a young girl (aged around 6/7) then as a teen and finally as a grown, but naive young woman.

Diana sees a airplane crash into the ocean and soons rescues its pilot, Steve Trevor (Chris Pine) and he tells her of a Great War taking place. Diana decides she must go to help end the war.

What follows is a great film filled with humour, action and a touch of romance as well as the usual over-the-top finale fight scenes you expect to find in any big-budget superhero or sci-fi film. 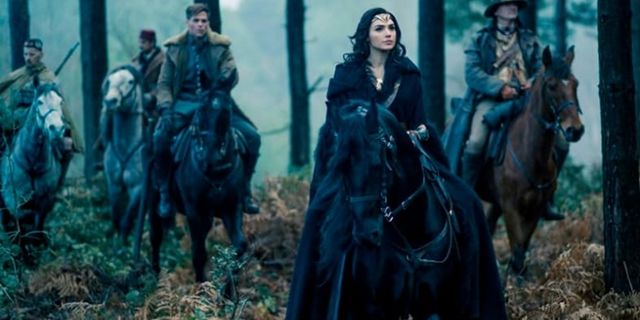 On the whole the script is good. There is an amazing scene on a boat between Diana and Steve. I won’t say anything else but it is great. There is also an awesome fight scene that takes place on the island beach.

The fight scenes are amazing and it’s almost like you are watching Diana dance rather than fight as her movements are so smooth and fluid-like. Excellent fight choreography!

The costumes are also excellent, both for the Amazon women, Diana’s main costume (what’s not to love) and the period costumes for the early 1900s. The VFX are pretty much awesome!

It was also great to see Etta Candy, a badly underused character in general through the history of Wonder Woman being brought to life by Lucy Davis.

Gal Gadot as Diana should prove to be a great role model to all young women out there. She is strong-willed, ambitious yet caring and has a strong sense of justice. Just like how I would like my niece to be (She’s halfway there!)

Yes, it has its flaws as does any film. Some of the supporting cast are underused and there is the aforementioned fight scene where German soldiers just stand around whilst all hell breaks loose around them but that is about it. To counter what one “critic” said, this film is not about Diana/Wonder Woman (a name never mentioned in the film) ending the war. That is what she sets out to do, but she is young and naive. It’s about the growth and change in her character, set against the backdrop of The Great War. It’s about trust. It’s about love.

I LOVED this film. You may not, it’s up to you. As I said I would happily rate this alongside Ant-Man or Guardians of the Galaxy and fully intend on seeing it more than once (or twice!)

I look forward to the Justice League movie, due out in November 2017 and also hope that Patty Jenkins signs on to direct a sequel as she did an amazing job. (Update: She has! Wonder Woman 2 comes out December 2019!) 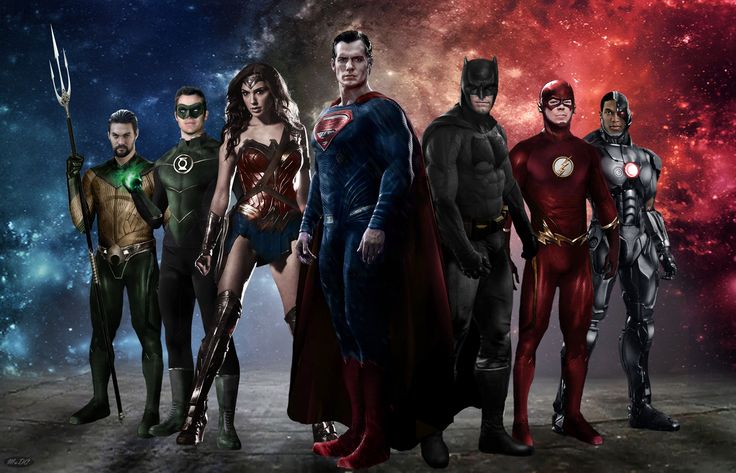 UPDATE: JUST AS AWESOME AFTER THE SECOND VIEWING!

UPDATE: JUST AS AWESOME AFTER THE EIGHT VIEWING!!