Star Trek is back on TV (kind of) and back where it belongs and as usual there are plenty of fans already picking at it like vultures on a carcass. 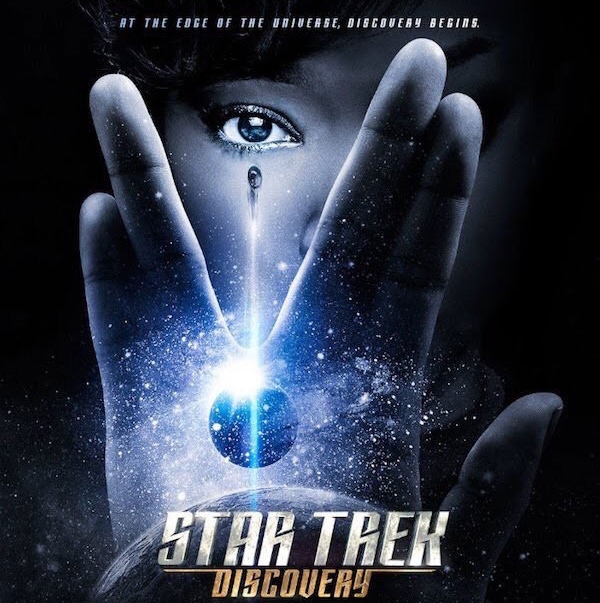 Star Trek: Discovery was announced in November 2015 and premiered on CBS ALL-ACCESS on Sunday 24th September. It was released on Netflix the following day for international viewers. 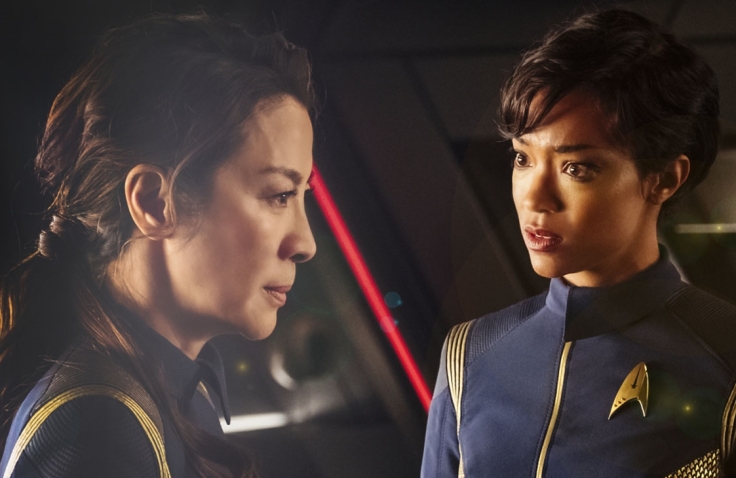 Please note: If you have not yet seen the show, some spoilers follow.

The series is set ten years prior to the original series with Kirk, Spock, McCoy and co. It follows the exploits of the USS Discovery. It is the first show to have the leading character who is not the ship’s captain. Commander Michael Burnham is the Discovery’s First Officer, played by Sonequa Martin-Green (Sasha in The Walking Dead) a Starfleet Officer with a unique background. Her parents were killed in a Klingon raid and she was raised by Sarek of Vulcan, essentially make her an adopted sibling to Spock. 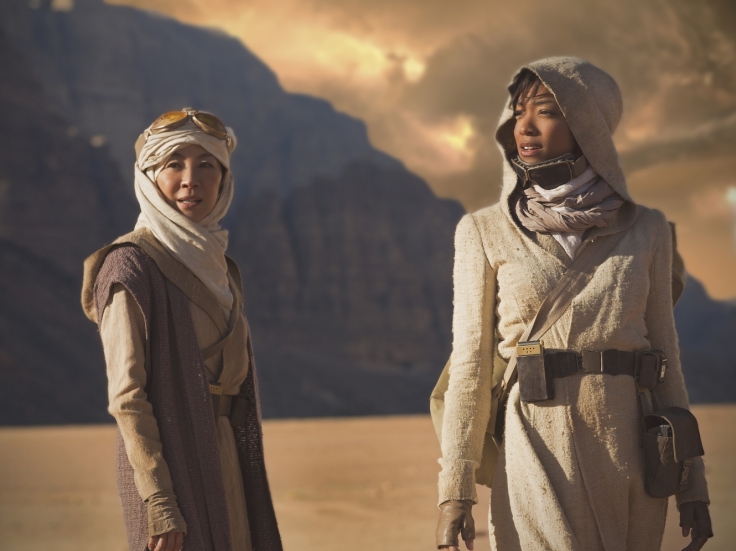 In episode one “The Vulcan Hello” we see Burnham struggle with decisions, and a battle with her Vulcan upbringing versus her Human nature. These decisions would eventually lead to full scale war with the Klingons, the deaths of those closest to her and the loss of many Starfleet ships including the USS Shenzou, an old Walker Class Starship commanded by Captain Phillip Georgiou, played by Michelle Yeoh. It’s not until episode 3 that the USS Discovery, commanded by Captain Gabriel Lorca (Jason Isaacs) puts in an appearance.

I love Discovery so far. Like all Trek it breaks new ground somehow. This time around we have not only a person of colour (one day we will get past the need to separate us by colour, gender etc but that’s a whole other blog post.) but a female as well and so far I’m impressed. Burnham is a hard character to like but tough choices have to be made. I can’t wait to see how she develops and Sonequa plays her so well. It also has the first same-sex couple which has also caused some controversy. So far Discovery is much darker and grittier than the previous iterations, with the exception of DS9. I look forward to seeing how the show develops.

As usual, Trekkies all over the globe have started picking the show apart. Most in a positive way, looking for hidden links to the other shows, but there are still a few who seem intent on finding fault with every little thing. I’d like to pick up on a few now. 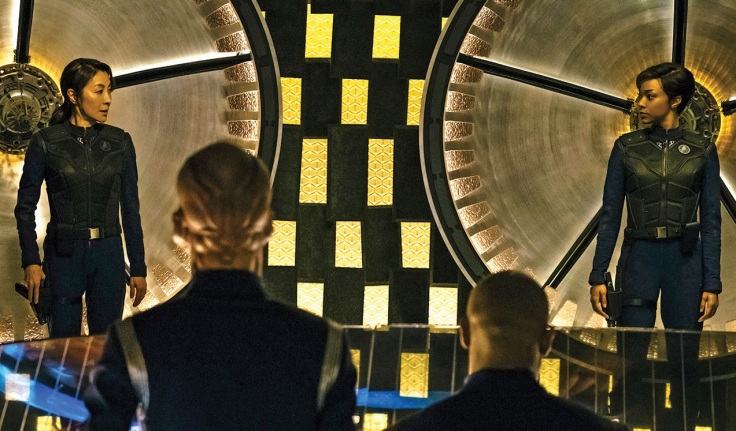 First, it should be known that many of the production staff have said that they are aware that people would be nitpicking. They have also asked fans to be patient as they guarantee all the nitpicks will be answered.

My response: Why would it? Yes, it is set 10 years prior, but improvements in television production mean that the show will have a different look. If TOS had the tech we have now, I think it would look very , very different. Let’s face it- If they used 60s tech nowadays to film, or made it look visually the same, it probably wouldn’t do very well.

2. The Klingons- From their look to their ships some folks are unhappy. “We’ve never seen these Klingons before”, “these ships don’t look right” or “these ships look like the ones in DS9”.

My response: Are you serious? Even though we have seen a lot of the Trek universe over the years we haven’t seen everything. A new show like this gives the creators the chance to expand the universe even more. It’s already been said that these are not the Klingons we know. To say “if you’ve seen one Klingon you’ve seen them all” is kinda racist! 😉 As for the ships? They looked old. Which fits in with the backstory of the new Klingons coming from an old house.

3. Aliens- There are aliens on Starfleet vessels, like the new character, Saru. A Kelpian who can literally sense impending doom/death. “There were no aliens in Starfleet in TOS” is the cry I hear.

My response: Umm, Spock? Vulcan I believe? Anyway, apart from the Enterprise, we didn’t see much of Starfleet or any other starships in TOS, so how would we know. Besides. the tech wasn’t easily available in the 60s to regularly make effective looking aliens.

4. Uniforms and ships- The uniforms just don’t fit with TOS seeing as it’s set at the same time as The Cage. Starship interior design doesn’t match either.

My response: The answer to both of these issues can be found in the Discovery novel, Desperate Hours. But think for a minute. The ships themselves, both interior and exterior, are quite similar to those in Enterprise. Very submarine/battleship-like. The uniforms themselves look like an offshoot from the Enterprise jumpsuits. If you would like the answer revealed in the book, please scroll down past the picture. I can highly recommend the book. It’s well worth a read.

Uniforms- The uniforms the we know from TOS are a new design, currently only being issued to those crew who are part of the new, elite, Constitution Class Starship programme with the idea of eventually rolling them out to the rest of the fleet. There is precedent for multiple uniforms being used at once. Think about the DS9 jumpsuits at the same time as the TNG uniform.

Ships- Many of the current ships in the fleet are old. Based on a design similar to the very early NX Class. The new Constitution Class ships are designed for long-term voyages and were designed in a more ‘homely’, less ‘battleship’ manner. If this works, it is also to be rolled out fleet-wide.

This is my interpretation of what is in the book and what I have read elsewhere (I could be wrong!). This same info can also be found on many other websites. I think it’s a great way of joining Discovery with TOS.

I’ve only ever had one BIG issue with Trek continuity and that was with Star Trek Into Darkness, but that is a whole other issue. The only thing for me that has yet to be answered with Discovery is the use of what originally was The Enterprise Delta for the whole of the fleet. In TOS, every ship had their own logo. As the Enterprise became the most successful, most famous ship, its logo was adopted by the whole fleet. But this was after TOS. Would like to hear the explanation as to why it appears now.

I’m sure there will be more gripes for people to moan about and I will try to update this list at some point. But I suggest you just sit back and enjoy the ride!

EASTER EGGS- There are quite a few hidden links. I’m not gonna list all of them but here are a few:-

Again, I’ll update this as time goes by… 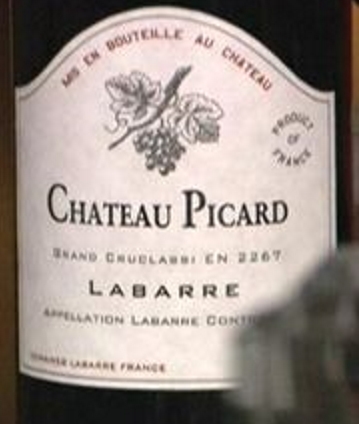