This year’s Walker Stalker Con would be my third and my last.

I really wasn’t intending on going this year as I had met many of the cast before. But the addition of Sonequa Martin-Green, who had moved on to be the lead on the new Star Trek: Discovery, changed my mind. I met her previously at a Netflix event in November 2017 but the selfie we took was so bad I wanted to get a professional photo op. I also wanted to try and meet Emily Kinney who I had missed on a number of occasions.

One of the things that had always attracted me to Walker Stalker (and FanFest cons in general) was that they limit their numbers. This year they got greedy!

It was to be completely different. Now, at this point let me remind you I’ve been doing cons for around 30 years…..

This year’s price list went up dramatically and it was a shock to everyone. All autograph prices had gone up considerably, some almost double. The excuse given by the organisers was that the guests set their own prices and it’s down to them. Having crewed cons I know that isn’t true. Especially when some guests would be appearing at a con in Wales a few weeks later for up to 75% less than at WSC. But that all became insignificant and quite trivial when the day of the event came.

Normally you are able to collect your pass/lanyard etc. the day before. This year we were instructed to come on the Friday only if we were VIP or higher, or had lots of photo op tickets to collect. I was General Admission and only had one op so waited until the Saturday. I wasn’t worried as in the previous two years it was easy enough to turn up at 10.30am and be inside within minutes. Boy was I wrong.

I arrived at 9.45am. I joined the queue in front of Gate B and the line ran down in front of the venue and into an old train shed that stood next to Olympia station. It then snaked inside the shed and out the other side. It took me 15 minutes to get into the shed and that is where I stopped. 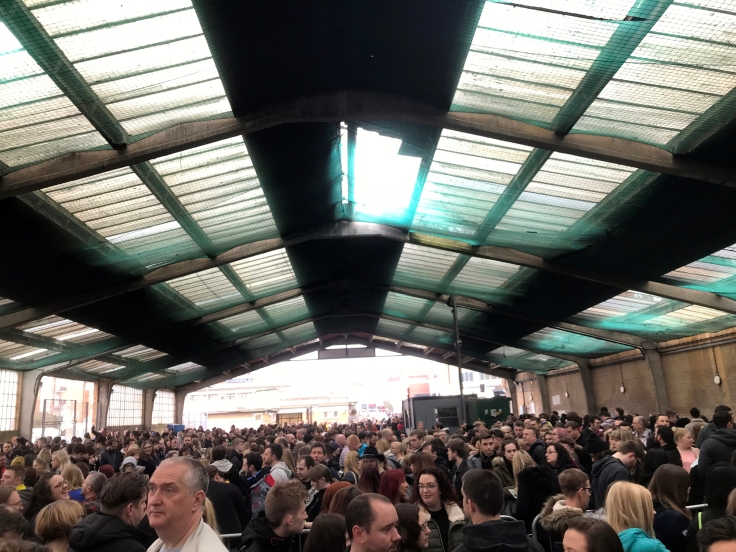 From then on it all moved very slowly. This was at 10am.

I eventually made it out to the far side of the shed and the snaking continued. There was not a member of Walker Stalker Con staff in sight. Only the odd Olympia Security people who were no help.

Two hours passed and I started to panic for a number of reasons. I’m not good in crowds that don’t move, especially when I’m getting squashed, and two I had my photo-op with Sonequa at 12.25pm and had yet to get in and collect my ticket.

The line was poorly managed. A group of young guys decided to have some fun and try to skip lines which meant in a huge surge forward and lines combining. This was enough for me. The other attendees (not all, but quite a few) were feral and it was fast becoming unpleasant. I decided to break line and storm to the front. I would either find help or go home- as I was walking along I had other attendees yelling at me (some quite nasty) but I kept going. I eventually found a tall American lady (I think her name might have been Amanda) who listened, was not impressed with what I told her and then helped me get inside- this was at 12.15pm. I made it to my photo-op with Sonequa with about 5 minutes to spare.

Amazingly, Sonequa remembered me. I was greeted with “Hey you, its good to see you again.” She also commented on my shirt (which if you look carefully, is slightly different to the normal DISCO shirt) we had the photo and I left.

I was still quite anxious so I went to see my friends Steph and Ann in the chill out room. I left after about 20 minutes to venture out on to the con floor.

It wasn’t particularly busy, I’ve seen busier, but  the attitude of attendees was shocking. Lots of pushing, shoving and general unpleasantness. 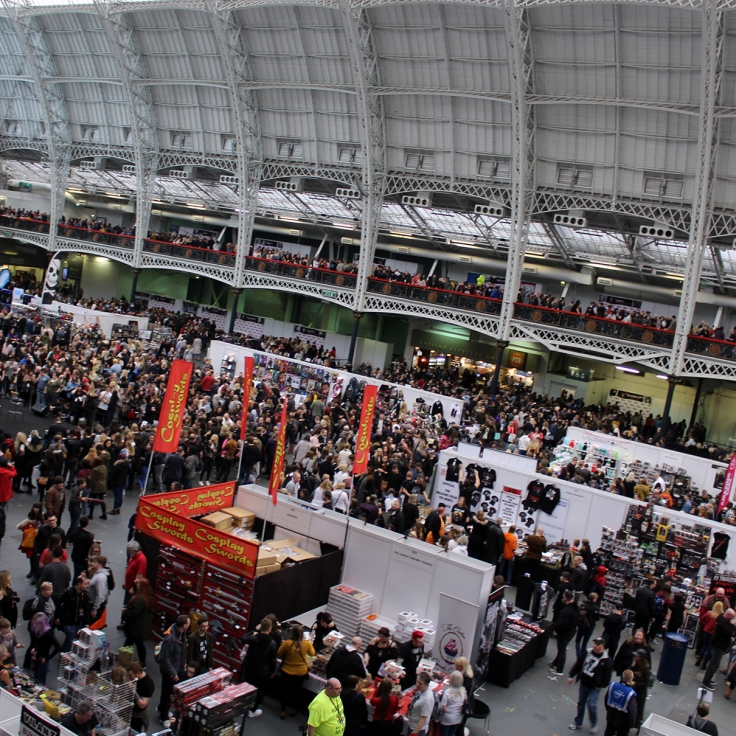 I finally found Emily Kinney- the map they handed out was way too small for me to read so I had to do it the old fashioned way. Emily had a very small queue so I got to meet her quite quickly. Got my autograph and photo and was on my way. 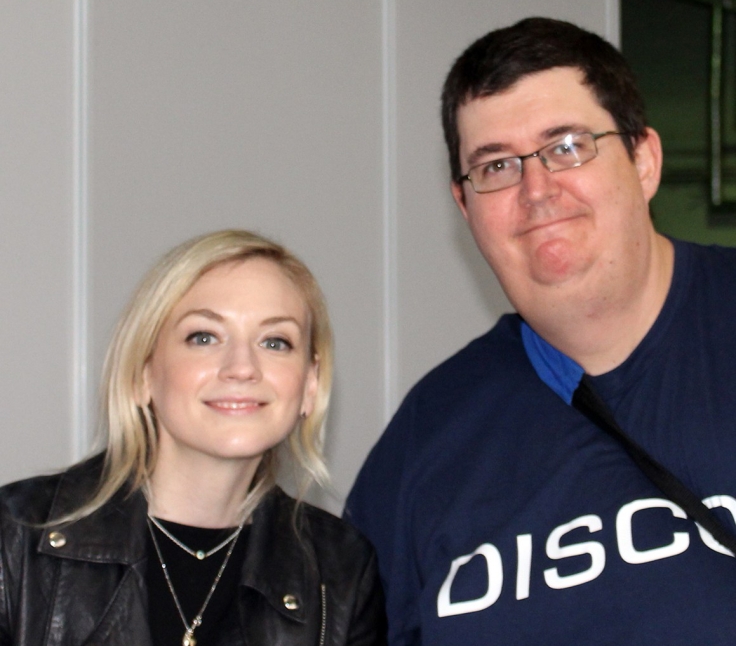 I’d missed most of the talks I wanted to see due to being stuck outside for 3 hours but there was one just about to start. It was ‘The Troublemakers; with Austin Amelio, Steven Ogg, Michael Traynor and Pollyanna McIntosh. I found a seat near the edge with ease and the talk began. I think I lasted all of about 10 minutes as the other people watching in my area were too busy chatting, plus they were still letting people in, all who were very loud and didn’t seem to care.

I couldn’t hear so I left and decide to leave altogether.  I did manage to snap a quick pic of Zombie King, Greg Nicotero, Ross Marquand and the always lovely Alanna Masterson on the way out but that was it.

I was anxious and frustrated. I was meeting friends to celebrate my birthday later that evening but due to the extreme prices inside Olympia I hadn’t eaten and I’d dropped my water. I headed off to get some food and drink and to calm down. This was at 2pm. I’d been at the con for about 90 minutes- the entry ticket was £45 quid.

I’m due to take my brother and his family to HVFF, run by the same organisers, in May and I’m concerned. My brother has mobility issues and my niece has autism. Neither would be able to deal with lines and attitudes like this. Shockingly, all of my tweets to the Walker Stalker account, the Celeb-Photo Ops account and to the guy that runs the show have all gone unanswered. I was tweeting from the line, asking for help but all I got was silence in return, even though they were busy tweeting from the show floor.

I’ll be contacting the Disability Services but I want some assurance from them that none of this will happen again. But I am worried, especially seeing as there has been little official response, without being prompted, about yesterday’s debacle.