The latest offering from Spike Lee is BLACKkKLANSMEN. It is a biographical comedy-drama set in the 1970s and based on the real-life experience of Ron Stallworth and his time as an African-American detective at the Colorado Springs Police Department. 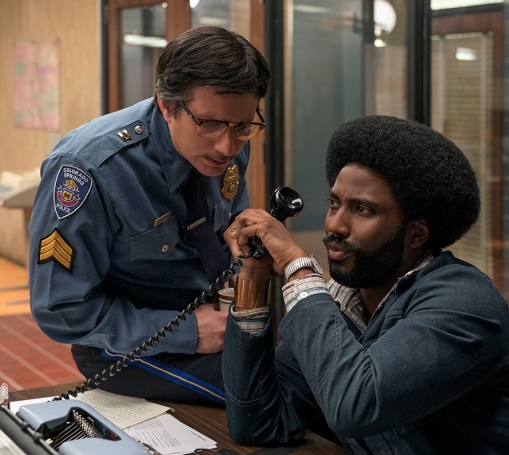 Ron Stallworth (played by John David Washington) is the first African-American to be recruited by the CSPD. Stallworth is assigned to the records room where is has to deal with mistreatment and blatant racism from his colleagues. Eager to prove himself, he requests transfer to the undercover section as is quickly thrown into action infiltrating a local rally being organised by the Colorado Springs Black Student Union President, Patrice Dumas (Laura Harrier).

Following on from his success, he is assigned to the intelligence division. One day he sees an add in the paper, recruiting new members to the Klan. He quickly applies much to the shock and amusement of his colleagues.

What follows is an intense, and at times amusing, story of life for black people in the 1970s from more than one angle. Ron- who believes he can do good and help change the system. Patrice- head of the student union who believes there is no hope and that violence may be the only way. Ron’s colleagues- most are openly racist whereas a few others are slowly coming around to Ron’s way of thinking. Finally, the narrow-minded, violent point-of-view of the Klan members, including Chief-Wizard David Duke. 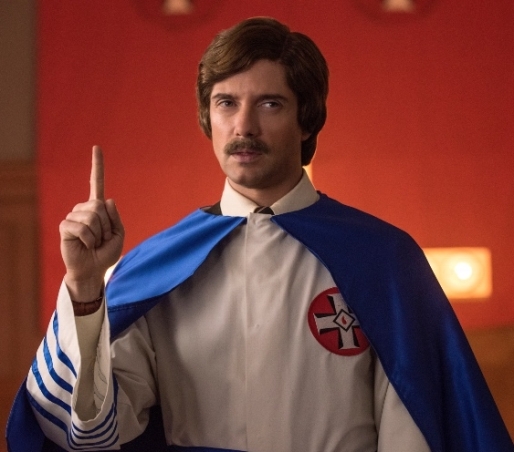 The film also parallels the current racial tensions in the USA and quite rightly points the finger at the current president. I won’t spoil it but the last few minutes change the film quite dramatically and is incredibly powerful and moving.

I’ve read a few reviews (2 actually) that state they think that Spike Lee was trying to say that the white police officers are the allies of the black man. I don’t agree. If anything I would say that he was trying to say that yes, there is institutionalised racism present in the police, but that doesn’t mean that every officer is racist and that only by working together and getting rid of the racism will this war be won.

I can highly recommend this film and if you leave untouched by it I would be surprised!