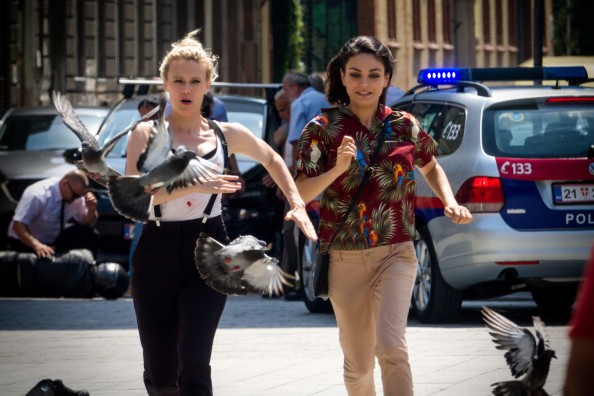 I’m honestly not sure what to write about this film. I was looking forward to this a lot- the trailer was funny and the interviews I have watched got me interested. Mila Kunis is normally a good watch and Kate McKinnon was probably the best thing about the most recent Ghostbusters film. That, alongside a good plotline (Girl finds out her boyfriend is a spy, he gets killed. Girl and her BFF decide to finish mission) what could go wrong?!

I was disappointed to say the least. Whilst the storyline was good and Mila Kunis was brilliant, Kate McKinnon let the film down. Yes, her character was supposed to be OTT, but she was too over-the-top! McKinnon tried too hard to be funny and certain jokes were obvious and fell flat. It took her too long to become serious and it should have happened earlier in the film as the last 15-20 minutes were fine!

There were a few big names that were underused including Paul Reiser, Jane Curtain and Gillian Anderson. They could have done more, especially with Gillian’s character.

Would I watch it again? If I was drunk and in the mood for cheap laughs and a bit of Mila Kunis then yes, otherwise no.