I haven’t been out a great deal this year. Only about 10 days overall not counting therapy sessions.

Avengers: Endgame was the second movie I managed to catch a midnight screening of.

Unfortunately, Odeon were not doing a double-bill with Infinity War so I had to slum it at the Cineworld IMAX in Leicester Square. one thing I must remember next time I visit is not to book a seat too close to the huge screen!

I’m not going to post spoilers about the film, just in case there are some folks who haven’t seen it yet. What I will say is that I absolutely loved it! It was a great climax to the Infinity Saga. Yes, I have heard complaints, but to bring together the plot of 20 movies into one finale and have it all link in is a huge job and there were bound to be a few slip-ups. Either way the Russo brothers did an amazing job!

There were some outstanding performances all around- special nods from me go to Robert Downey Jr, Scarlett Johansson Chris Hemsworth and Mark Ruffalo. I really enjoyed their storylines even if two of them were sad.

It was great to see my new favourite Carol Danvers/Captain Marvel kicking Thanos’ butt as well!

The folks at Cineworld did a marvellous job at keeping 4 screens of people entertained. Some staff members cosplayed Avengers and there were posters and giveaways taking place. I myself won an Avengers Endgame water bottle which I use regularly.

I also managed to catch the film one more time at the Odeon Leicester Square with a friend the following Saturday as the artist that creates all of the Marvel posters was doing a free signing. I also won a Marvel Legends action figure there as well. Captain Marvel no less!

Oh, one final thought. There was a scene near the end that I enjoyed. I showed all the female Avengers backing up Captain Marvel. I could hear men moaning about it in the cinema and later on Twitter. Get over yourself, or is your masculinity under threat? Personally I hope it paves the way for an A-Force movie! 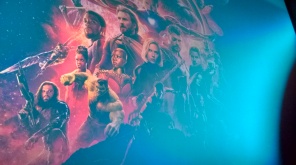 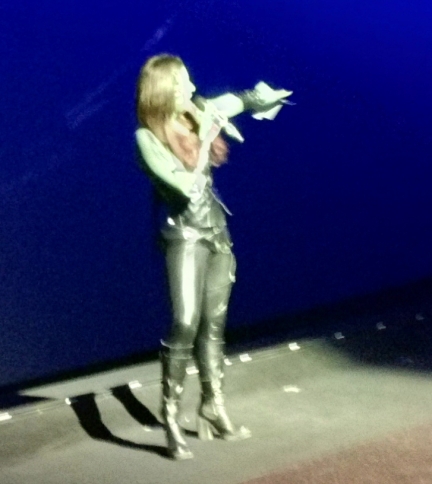 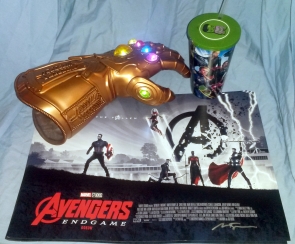