Recently, director Martin Scorsese made comments during an interview that inflamed a lot of film buffs and especially fans of the Marvel Cinematic Universe by comparing MCU and superhero films in general as nothing more than theme parks and most decidedly not cinema

Scorsese, who is known for classic films such as Taxi Driver, Raging Bull and Gangs of New York, stated in the interview:-

“I don’t see them,” revealed Scorsese. “I tried, you know? But that’s not cinema. Honestly, the closest I can think of them, as well made as they are, with actors doing the best they can under the circumstances, is theme parks. It isn’t the cinema of human beings trying to convey emotional, psychological experiences to another human being.”

Here are some dictionary definitions that he should brush up on- 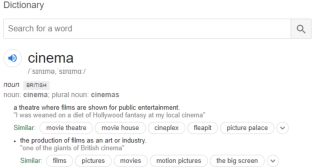 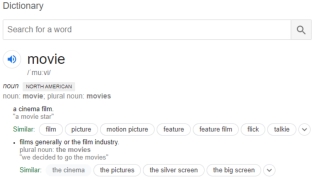 He once again reiterated his thoughts on the matter by saying that these type of films are not art. His comments have received responses from the likes of Samuel L Jackson and Robert Downey Jr who have informed him in no uncertain terms, that he is entitled to his opinion but is wrong (paraphrased as didn’t want to repeat some of the language used!).

Admittedly, Scorsese has an amazing body of work covering themes such as identity, gang violence and some religious topics but that does not allow him to define what is and isn’t cinema especially as he can be quite influential in the film industry.

Its absolutely fine if he doesn’t like the films, that is his right, but seeing that by his own admission he hasn’t seen the films his opinion on the matter is irrelevant. Personally, although I like some of his films, I find them to be a bit repetitive in theme and composition….cue angry emails and comments from MS fans! That’s fine, they just aren’t my thing and that’s ok.

To say that the films are not art is, to be frank, an insult to all the people involved in making them. Not just the actors but the crew as well. It’s elitist and unnecessary.

Let’s face it, no film is perfect, but to create 22 films and for each to have their own plot but also link in to the overall story arc and culminate in two of the biggest films of the decade is no mean feat.

They are different, that’s all. Different to the kind of films he makes and that appeals to many people. It’s like taking two different books:- a classic like ‘To Kill A Mockingbird’ and then one of the Harry Potter books (probably a bad example) and comparing them. It won’t work and isn’t fair on either book.

The bottom line is, if they bring enjoyment to people, especially in today’s world, then what is the problem? No need to be so snobby! Over 800 films were released in 2018 and out of that the MCU released 3!

Finally, I want to comment on this part of his quote:-

“It isn’t the cinema of human beings trying to convey emotional, psychological experiences to another human being”

If he had taken the time to actually watch the films, he would see that they cover many themes. Good against evil is a given and all the films carry an emotional thread. Looking more deeply, Tony Stark had a running theme based on PTSD, Black Panther covered colonialism, racism and the #blacklivesmatter movement. Many of the films deal with character self-awareness and growth, heroism and sacrifice.

Guilt and forgiving oneself is also a big idea (Black Widow). Being the best you can be (Captain Marvel), redemption (Yondu/Bucky Barnes), dealing with bullies and standing up for others, science versus religion/mythology, dealing with dictators/violent overlords/fascism (Captain America), accepting differences and fighting for what’s right are just some of the many themes covered.

It’s also worth checking out my previous post here as I know I’m not the only person to feel this way!

Finally, I would ask Mr Scorsese to reconsider his opinion on these kind of films. Yes they can be cheesy but they are enjoyable and carry a message if you are willing to hear it!

One thought on “Superhero Films & Cinema”