When Star Wars came out back in ’77 there were no Master Replicas or any other kind of Lightsaber except one.

It was a bootleg Lightsaber and my very first. The film opened in London on December 27th 1977. My dad took me to see it a few days later. I remember it being very cold in Leicester Square. We stood in the line outside the Leicester Square Theatre (Later Odeon West End) for what seemed like an eternity.

Back in those days cinemas sold all sorts of memorabilia linked to whatever film was showing. At the cinema they had a box of these lightsabers- they went very quickly! At this point none of us knew exactly what they were. All the kids just turned them on and waved them around. It was so bright that the film could not start so the ushers put tape with the childs name on and took them away until the end of the film!

It was called ‘The Force Beam’ and was nothing more than an Ever-Ready torch with a plastic tube on the end- but it was mine and I was a 6-year-old Jedi!!

Here are a couple of photos of the original toy courtesy of Google! 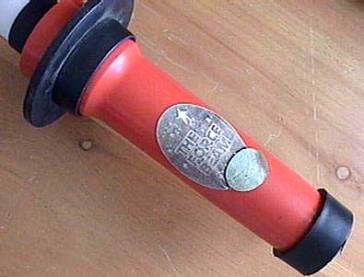 I still have mine and I’m working on renovating it thanks to my 3D printer- Pictures below are of its current condition- will blog more once its complete!

Photos below of its current condition. 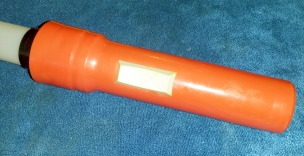 One thought on “The Force Beam!”