Saturday 23rd November 1963- a little programme about a time travelling old man and his granddaughter first appeared on British TV. At the time, the execs at the BBC thought that it would flop due to the fact that President John F Kennedy had been assassinated the previous day by Lee Harvey Oswald.

How wrong they were! Here we are 56 years and 13 Doctors (14 if you count The War Doctor) later and the show is still going strong with season 12 starring Jodie Whittaker due to air in January 2020.

What’s your earliest memory of watching Doctor Who? Mine is the Tom Baker serial’The Horror of Fang Rock’. I also have very vague memories of seeing early repeats of the Jon Pertwee serial ‘Spearhead from Space’ and ‘The Green Death’.

I’ve been lucky enough to meet lots of the cast as you can see below. 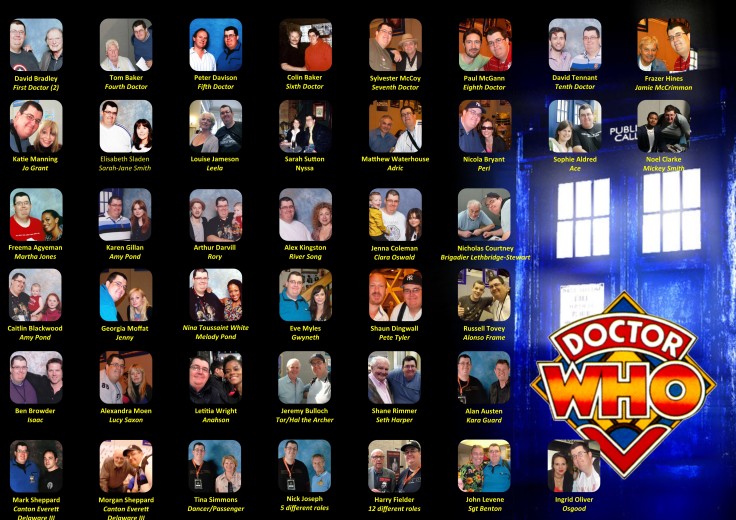 Happy Birthday Doctor Who….here’s to the next 56 years!