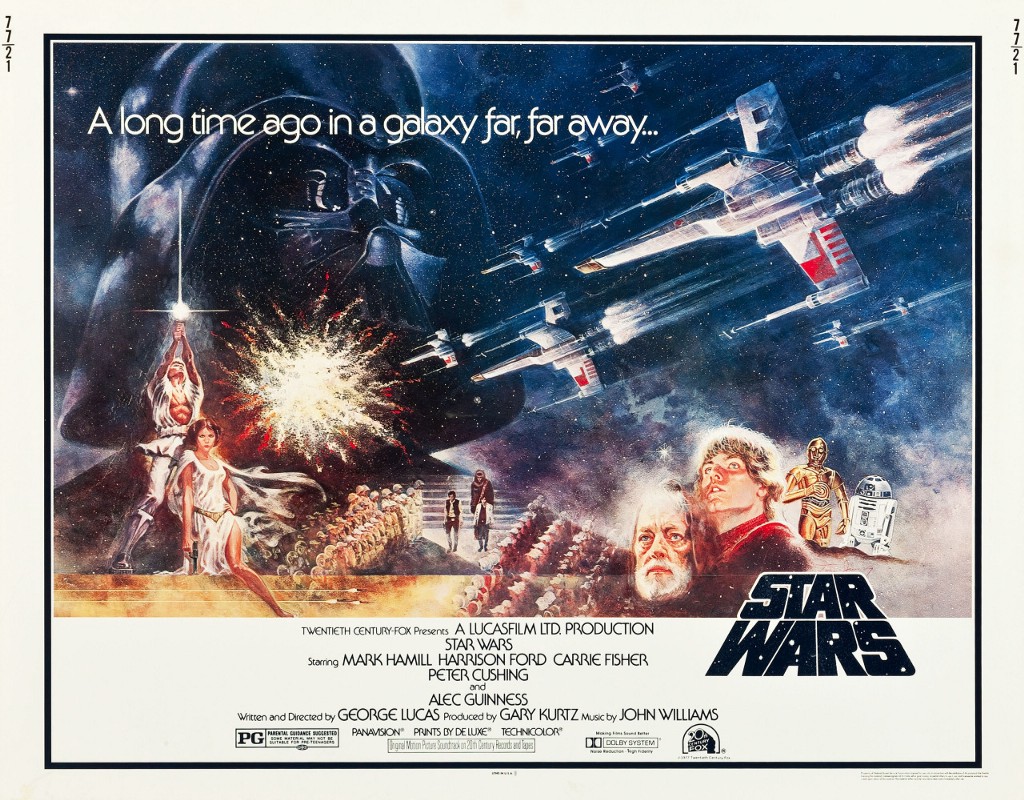 In the mid-1970s, George Lucas set to work on his ‘space opera’. His original story plan was too big for one film so he broke it into three instalments, with the fate of instalment two and three being dependent on the success of the first.

Luckily for us fans, Star Wars was a hit. In the years after the films came out, George Lucas talked about his vision for the story. At one point he mentioned he envisaged a nine-part tale. Many fans were excited by the prospect but as time passed it seemed like that was the end. 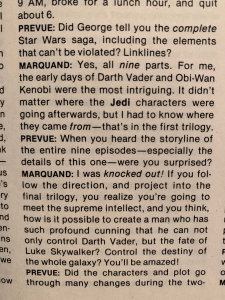 We had to make do with anything we had from the original three films and any new novels that came out. There was no internet so we had our discussions face to face and we were always civil.

We didn’t always agree. If someone disliked a particular character or ship or something, we would discuss it and try to change their minds but if we couldn’t then it wasn’t a big deal. The same happened if a person liked something that was generally disliked by the majority of others.

People were, and still are, allowed their own opinion on matters.

By the time the prequels were announced the internet as we know it was in its infancy. Fans could now chat online via message-boards etc. This is where the problems began. Some fans decided that they were going to air their true feelings on all matters related to Star Wars and became quite abusive with it. If you dared to disagree you were insulted and in some cases threatened. A key phrase that was, and still is used is “you’re not a true fan if…..”.

It’s worth noting that this also affects other fandoms too.

Eventually, social networking was born. This only made the problem worse. Like-minded people were able to form groups, use hashtags to show solidarity etc. and aim their brand of hate towards anyone involved with the franchise including actors, creatives, directors, fans- basically anyone who had a link somehow that did not match how they felt or perceived Star Wars.

These “fans” feel that it is OK for them to dictate whose opinions are worthy of being a fan. Its OK for them to tell the creatives behind the films how the story should evolve. They are also quite open about verbally attacking any actor or director who for whatever reason they dislike.

Ahmed Best, the actor who portrayed Jar-Jar Binks in the prequel trilogy received so much hate that he almost committed suicide. Kelly Marie Tran (Rose Tico) and Rian Johnson (TLJ Director) both received a tremendous amount of hate. Rian because they didn’t like what he did with TLJ (BTW I LOVE it!) especially Luke. Kelly still does have nasty comments made about her. Recently, the “leaders” of one particular group, known as #FandomMenace, were reviewing the latest trailer online and body-shaming Kelly.

When did this become acceptable? Never. If you feel this is ok behaviour then you need to check yourself.

These fans also think its OK to tell the story-writers how the story should evolve. Now, back in the day we used to discuss how we would like it to pan-out and when it didn’t go the way we wanted it was fine! We didn’t bitch or moan about it. We certainly didn’t verbally assault those who made the films.

Many of these people have monetised YouTube channels and get paid for clicks so they make controversial videos that draw viewers. Just for the £$.

Here is the thing- As a fan, the story isn’t ours to tell. It’s ours to sit-back and enjoy. Immerse ourselves in the world and escape to that galaxy far, far away.

So, what DOES make a fan?

The answer is easy. Ask yourself a question- Do you like Star Wars? If the answer is yes, then guess what. You are a fan! You’re even allowed to dislike one or more of the movies or shows. That’s your choice.

It doesn’t matter how many times you’ve seen the films, read the books or how much memorabilia you have. There is no grading or ranking system within fandom. No one fan is bigger or better than another.

What can’t you do? That is also very simple. You can’t tell someone that they are a fan or not. You also don’t get to trash their opinions. Discuss yes, trash no.

It’s time to take back our fandom from the haters.

If you are a fan who enjoys Star Wars (or any other fandom) and believes that everyone has the right to a voice but doesn’t agree with the hate that is out their then please don’t let the hate go unchecked..

Let’s push back against the hate…..we’ve been quiet for too long. We must, without displaying the same behaviour as these people, defend those who need it. The cast, the creatives and the fans.

Kill them with kindness…..without actually killing them. Just kill the hate.

2 thoughts on “What makes a Star Wars fan?”