This is a fairly long post, sorry. I don’t know if anyone even reads my blog but talking about mental health is important to me, even if it’s just me sounding off on here.

One of the challenges in my battle against depression, anxiety and PTSD is to find things to distract me when I feel an episode coming on, if I’ve encountered a trigger or just having a bad day.

Apart from my 3D modelling, I normally turn to either music, TV or film. 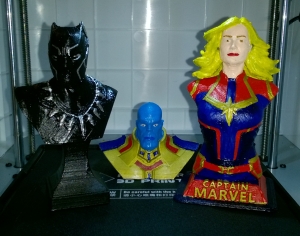 When my depression was classed as ‘mild’ I would listen to either 80s music which would be Debbie Gibson’s ‘Electric Youth’ or ‘Out of the Blue’ as they are my all-time favourites. I listened to a variety of musicians back in the 80s. Belinda Carlisle, The Bangles and Debbie. But I would always turn to Debbie when I needed to seriously relax and kickback and clear my mind or just dance around my room! 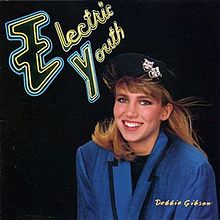 One thing that has helped me manage my severe depression is playing ‘Out of the Blue’ or ‘Electric Youth’ whilst I’m trying to sleep. It works well and is powerful to me. It takes my mind off of things and helps me relax. Both albums are also on my phone just in case…

Unfortunately, I missed the chance to meet Debbie when she was in London a few weeks back as I was having a bad time at that point. I hope I get the chance in the future!

I would also by default turn to either Star Trek or Star Wars and watch one or more of the TV shows or films.. 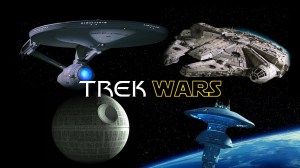 Sadly, it turns out that anything I have an emotional attachment to has become a trigger which in itself upsets me. I’m getting better at it as I’ve managed to watch Star Wars since November and I’m able to watch Trek in small doses. I try to have ‘Out of the Blue’ playing as I go to sleep.

A few things have helped fill the void. The ‘Marvel Cinematic Universe’, ‘Rizzoli & Isles’ and ‘Death In Paradise’ have been those things. You have no idea how many times I have re-watched them all this past year. In the future I want to look into why these particular shows and films helped.

The same goes for Fandom. Interacting with people from the various fandoms I’m a part of can be either extremely rewarding or the complete opposite. I managed to go to one con last year and only for a couple of hours as it got too much. I also attended one premiere and just about coped. Conventions and premieres used to be the places I felt safe and at home but at the moment I’m not sure I will ever get that back.

I also dialled back on social media to a point where I wasn’t interacting with anyone. I’m slowly turning this around but it is difficult. If I encounter any negativity, like a certain group known as ‘Fandom Menace’, I no longer interact I just block and this has helped tremendously- the only caveat to that is if I see a friend or someone I admire being attacked.

A couple of Star Trek actors, one of whom is a big mental health advocate, have been great to chat to on Twitter and have been very encouraging. They haven’t been particularly long conversations but they have helped me nevertheless get back into Trek.

Surprisingly, the one (two really) thing I have been able to watch is ‘The Six Million Dollar Man’ and ‘The Bionic Woman’. Not just the series but also the 3 Reunion movies.

I’ve also found myself able to read my old books that I still have from my childhood plus a new one that I bought.

I’ve been doing a lot of thinking today about why. Why have I been able to watch these two shows, which I have loved since childhood and also named my brother after one of the characters, without a problem?

I think I have the answer. I don’t know if it was done on purpose, but both shows deal with a lot of mental health issues.

On reflection, there were a lot of scenes where characters were discussing emotions and how to cope with them. Some of Jaime’s counselling scenes in the reunion movies also hit home with some of the things said especially the advice Jaime was giving to her clients.

Now I’m not saying I’m like Steve Austin (or Jaime) but seeing mental health issues depicted on screen, even in fictional characters, makes me feel like I’m not alone. Feeling alone is a huge part of mental health, you can be told nut being shown is much more powerful.

I think a lot of the kinds of shows I watch probably have hidden messages in, and I don’t mean the overt political and cultural themes you find in Star Trek. Realising this encourages me to go back and actually look further for more examples.

I mentioned earlier that I managed to get to a convention. I only went because I wanted to meet Steve Austin himself, actor Lee Majors. Unfortunately I didn’t get to tell him how he had helped. I’ve yet to meet Lindsay Wagner and I’m hoping she appears at an event over here soon. I have already met Alan Oppenheimer who was the second actor to play Dr Rudy Wells. 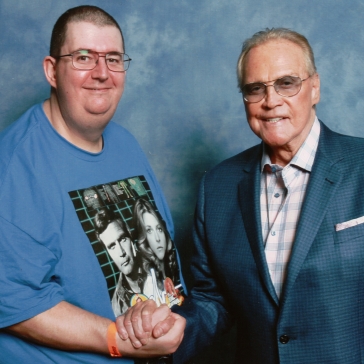 Sorry for the long rambling post. Even just doing these kind of blogs helps me clear my head and focus.