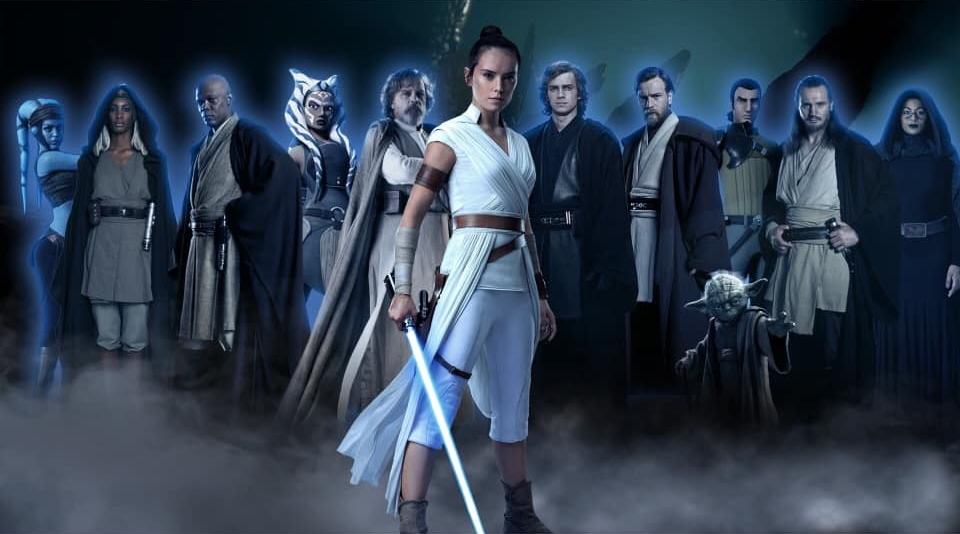 I’ve always been a fan of film novelisations especially for Star Wars films. It stems from reading the tie-in of the original movie in 1977 and because of that certain things really hit the nostalgia button. Over the years some of the Star Wars novels have missed it completely.

I firmly believe that tie-ins should not be simply a word-for-word or scene-for-scene retelling of the movie. It needs to add to the story as after all, there is only so much you can fit on screen. This is my favourite poster from this film and luckily I managed to get one from my regular cinema.

First up is the artwork. The cover utilises art from the original teaser poster unveiled last year at D23 by artist Andree Wallin. It captures everything about the main mythos behind the Skywalker Saga- powerful light and powerful dark, with the dark side holding the high ground, which is how it has been since the start of the sequel trilogy. As someone who is colour-blind, the colouring of the poster and book cover really appeals to me. Such an awesome image.

Next is the story. Rae Carson managed to recreate everything we saw in the film and more by expanding on specific scenes and adding new scenes that help with the story. My absolute favourite scene is the expanded training scene with Rey and Leia at the start, closely followed by Lando seeing the Falcon again after many years and Kaydel Ko Connix having more to say and do. Reading Wedge Antilles line still brought a tear to my eye.

Now, on to the controversial kiss. Personally, I’ve never seen Rey and Kylo Ren as a romantic couple. I really enjoyed the way that the author wrote this particular moment, showing that the kiss was more than love and anything but romantic. This, for me, was the actual moment when Ben Skywalker was fully reformed. Deep down he was still in anguish over killing his father and, with the death of his mother and Rey healing him, his journey back toward the light had begun. Battling his Knights of Ren and the final showdown with Palpatine just served to push him further towards it. His final sacrifice, not just for Rey, but for the whole galaxy, served to destroy all that was Kylo Ren and let Ben be free at last.

Finally, one thing I have always loved in Star Wars novelisations are photos from the film in the middle of the book. Again, this is purely nostalgia but I absolutely love it. 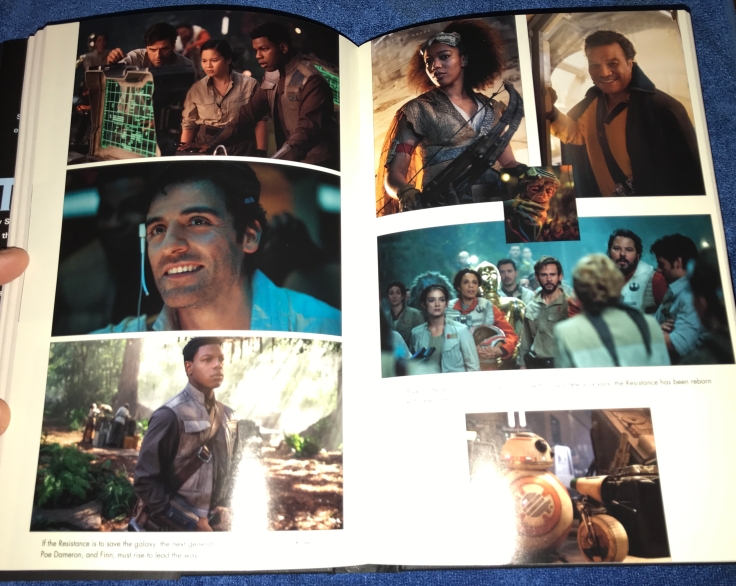 I can’t praise this novelisation enough and would happily rate it as second in my list of favourites, losing out only to the tie-in of ‘The Empire Strikes Back’.

Congratulations to Rae Carson on a job well done. I honestly hope you get to pen more Star Wars stories. This, added to ‘Most Wanted’ and ‘The Red One’ from the anthology ‘From A Certain Point Of View’ really give you a firm foundation in the Star Wars universe.

Thanks to Del Rey UK for providing the advance copy of the book!

May The Force Be With You!

One thought on “Star Wars: The Rise of Skywalker Novelisation Review”