Another hobby of mine is genealogy. I’ve been investigating my family tree for over 16 years and my main branch has gone back to 1536. It’s something I’m going to post about on here from time to time when I find something interesting.

Today however I’d like to take a moment to remember the many heroes who fought for freedom during World War 2 which ended 75 years ago today. It’s something that isn’t remembered much these days but I recall as a child it was ‘celebrated’ every year. 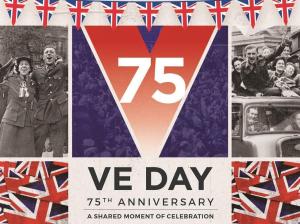 We don’t ‘celebrate’ any more the way we used to. I still remember the street parties of the 70s for VE Day and Royal events. We’ve moved on. Now it’s more about remembrance, especially as many who fought are no longer with us.

I’m sure that most armed forces veterans would tell you that war is hell but unfortunately due to the nature of us as a race, it is sometimes necessary, just as it was twice in the early 20th century.

I’d like to share three stories now about three different family members, one of whom is still living.

My paternal grandfather Grandad Tom, was a Royal Marine and proud of it. He enlisted prior to World War II and served all the way through, completing commando training along the way. He eventually left the Royal Marines in the mid-50s after 20+ years service.

I was very close to Grandad Tom and in his final years we would sit and he would tell me stories. Certain stories were too much for him and he would only talk about funny or interesting events. Anything too extreme he refused to talk about. He served on a number of ships and was at the surrender of Japanese forces to the Allies on VJ day.

He also spent time on land with a number of different RM units. There are odd gaps in his service record and when I, and other family members asked him, he replied that he could not discuss it.

After his death in 2001 I began to look further into his service. I found the list of ships and places he was stationed at including Malta where he would also be stationed post-war with his families for a number of years.

I also found references to a specific unit he was seconded to twice throughout the war. I could not find out too much about their movements apart from two things. This particular unit he was seconded to supplied troops for specific operations, many being covert. One such operation was a covert mission that took place during the D-Day landings. I have no knowledge of it other than that it happened during his secondment to this unit. The other gap in record also coincided with secondment to this same unit but I have no knowledge of what they were doing at the time.

One titbit we did manage to get out of him in the 90s was that he briefly served in a unit that would eventually become the SBS (Special Boat Service).

Right up until a stroke put him in hospital you could tell he was ex-military just by the way he dressed and carried himself. He was my hero and I am very proud of him. I miss him every day.

I never met my maternal grandfather, Grandad Sid, until the night before he died. This is the only memory I have of him so its quite strong in my mind.

I haven’t found out much about his service record other than bits he told my uncle who luckily wrote it all down. I also have a few stories from locals that knew him.

Prior to the war Grandad Sid was a salesman, selling fabrics. He was also a member of St John’s Ambulance. He was well liked by all and a friend of my mum’s credits him for saving his dads life when he had an accident.

When the war began, Grandad Sid enlisted and was posted to the Royal Army Medical Corp as a field medic. At some point he was posted to Burma under Admiral Lord Louis Mountbatten.

During a battle he was captured and spent 2 years in a Japanese POW camp where he was severely mistreated. He was released at the end of the war and received an honourable discharge and was from what I have heard damn good at his job as a medic.

On return home, he was a different man. I know this put strain on his marriage which is why he and my nan divorced but from what I’ve been told it sounds like he was battling his own demons- namely PTSD, probably due to his time in the POW camp.

Either way, I’m very proud of him as well.

Uncle John was married to my nan’s sister Aunty May. He’s still going strong at 96! 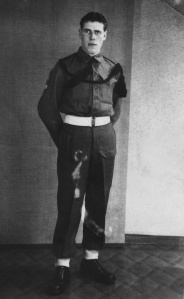 Again, I don’t know a great deal about his war record. He served in the Green Howards and was on Gold Beach during the D-Day landings. When asked about his memories of Gold Beach all he ever replies is “my fags got wet” (For any American’s reading this, fags is a UK slang term for cigarettes).

Late last year Uncle John received a letter from the Office of the French Ambassador to the UK, telling him that he has been appointed to the rank of Chevalier in the Ordre national de la Légion D’honneur due to his military engagement and steadfast involvement in the Liberation of France.