The start of a new year and a new decade.

Lots of new shows, films, books and merchandise to look forward to over the next decade. For now though, here are a few things I’m looking for to this year.

First up is Star Wars- we have lots to look forward to. To begin with we in the UK get Disney+ in March which means that at some point this year we will have seasons 1 and 2 of ‘The Mandalorian’. Also this year is the 12-part animated series by Dave Filoni, that brings a close to ‘The Clone Wars’. Then we have two new series that are due to begin production at some point. Those being the ‘Kenobi’ series and the ‘Cassian Andor’ show.

The new ‘Star Trek: Picard’ show begins in January this year with the new animated Trek show ‘Lower Decks’ due later on. The one I’m looking forward to the most is season 3 of ‘Star Trek: Discovery’ which is now set around 900 years in the future.

Marvel have lots of things planned for the future. In 2020 we can expect two new films, ‘Black Widow’ in May and then ‘The Eternals’ in November. The new Disney+ shows expected this year are ‘WandaVision’ and ‘The Falcon and the Winter Soldier’.

Finally, the prequel to ‘Game of Thrones’ entitled ‘House of the Dragon’ and set 300 years before the original show is due to begin production after being green-lit for 10 episodes t the beginning of January. Personally, I’d love there to be a prologue scene with Daenerys Targaryen telling the story to Missandei- which means we would get to see both Emilia and Natalie back on screen one last time! 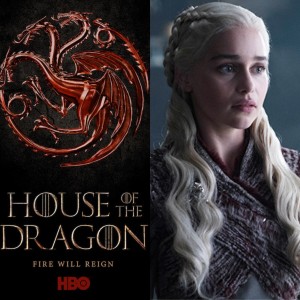 So much to look forward to!

I’ve been asked if I have an Amazon Wish List so here it is! WISHLIST